A Look Back: Pandemic Edition 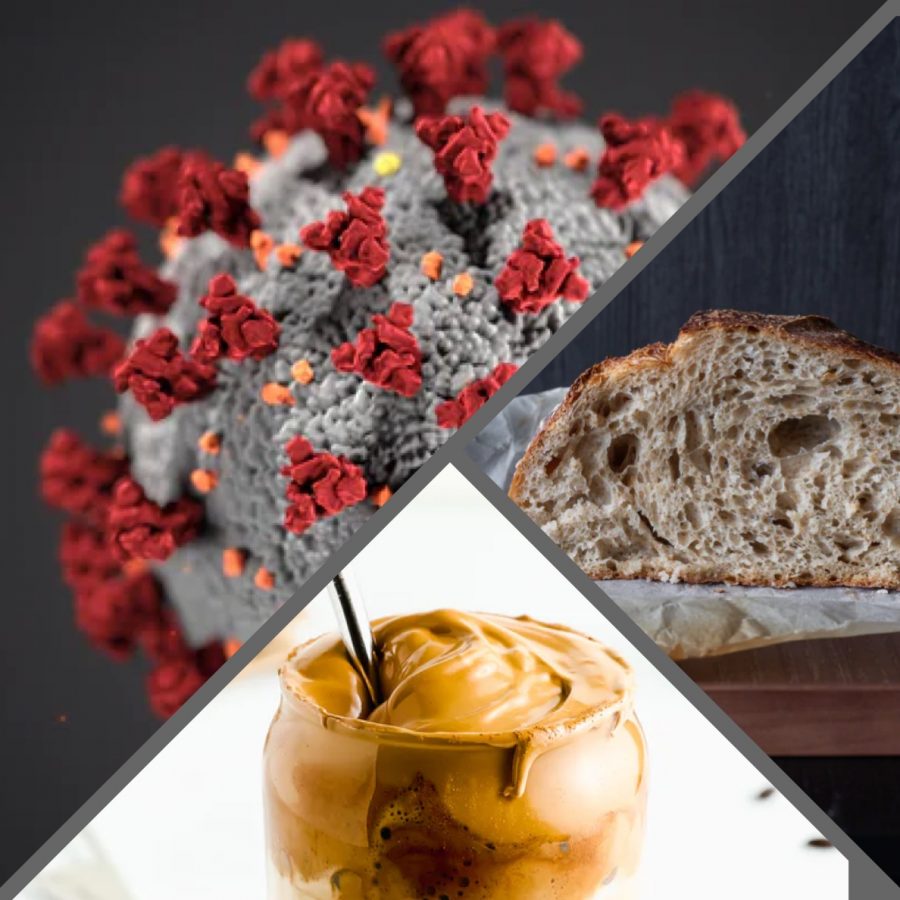 We’re one year into the pandemic, and, understandably, there have been a lot of big changes. The most notable change has been the way education operates; last year, schools were making announcements about the new and scary virtual learning, and businesses were either downsizing or moving to a standard of working from home. Basically, our entire world was moved to the internet in a matter of just a few weeks. A year later, most schools and businesses are back into the swing of things in the real world, but the fear of this unknown territory is still lingering for everyone. It would be dreary to only focus on the negatives of what this past year has brought, so here are a few callbacks to the early pandemic days of boredom and lockdown.

Where to start? It would be pretty devastating if the surge of new cooking and baking styles went unmentioned, so why not start with the many, many, many TikTok cooking hacks. First up is the Dalgona Coffee, also known as whipped coffee; this hack had tons of young TikTok users going out to buy instant coffee so they could whisk a spoonful of it with a bit of water then plop the fluffy concoction on top of some milk. The result is an aesthetically pleasing cup of coffee that probably isn’t the best for waking up, but the point is cool points and aesthetics, not effectiveness.

In the same category of borderline weird, TikTok-fueled food experiments are, surprisingly, loaves of bread, but it’s not your parents’ usual, plainly-shaped bread; no, these bread experiments came in the form of frogs, clowns, or whatever you’d like or even with the fluffiness of clouds. Since these bread experiments come in a plethora of shapes, sizes, and textures, we’re not going in-depth with how they’re made, but, rest assured, the process is sort of fun, if not a bit more complicated and lengthy than you might initially think. This brief phenomenon was a little odd, but it was really fun to see how something so simple takes so much effort to make.

Talking about those food hacks and experiments from the start of the pandemic took up a surprising amount of time, but here are some other things from the past year that won’t get an in-depth explanation but definitely deserve an honorable mention. Even though they were more of a thing a bit before the pandemic, LED lights are worth mentioning. Some others are Animal Crossing, the oddity that was Tiger King, puzzles, and, last but not least, Among Us! The last year has been a rough ride for everyone, what with the various uncertainties, but, luckily, social media and video conferencing applications have kept us connected while games and odd experiments have kept us busy. Although the past year in the pandemic has had a few positive contributions to how we live our lives, hopefully, with the many vaccines now available to the public, things will return to normal soon, but keep your fingers crossed!