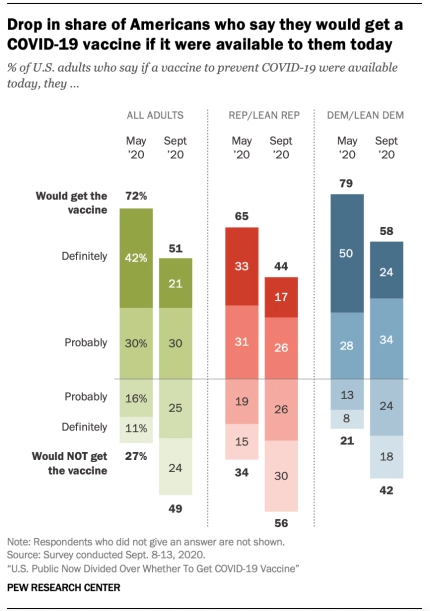 Operation Warp Speed is what the US Government is calling its COVID-19 vaccine approval and distribution effort. In record speed, the COVID-19 vaccine, slated to release to a specific demographic, is said to be available in late November.

This past week, AstraZeneca and Johnson & Johnson, two companies in the late stages of COVID vaccine approval whose trials were halted, returned to research after reporting neurological developments caused by the vaccine.

Pfizer, Johnson and Johnson, Moderna, AstraZeneca, and BioNTech have reached the late stages of FDA vaccine requirements. Pfizer’s third-quarter report conjectured that their vaccine could be on the market by the third week of November if their Emergency Use Authorization is approved by the FDA.

“I would need more information on the vaccine before I got it,” said Santa-Cruz.

Russia and China have already given a vaccine to their citizens. There is much international skepticism concerning their rapid vaccine development. Many critics say they would not trust the Chinese and Russian vaccine if offered. Granted, the Russian vaccine was released before stage 3 trial approval.