Gamedays Amid COVID Restrictions in 2020 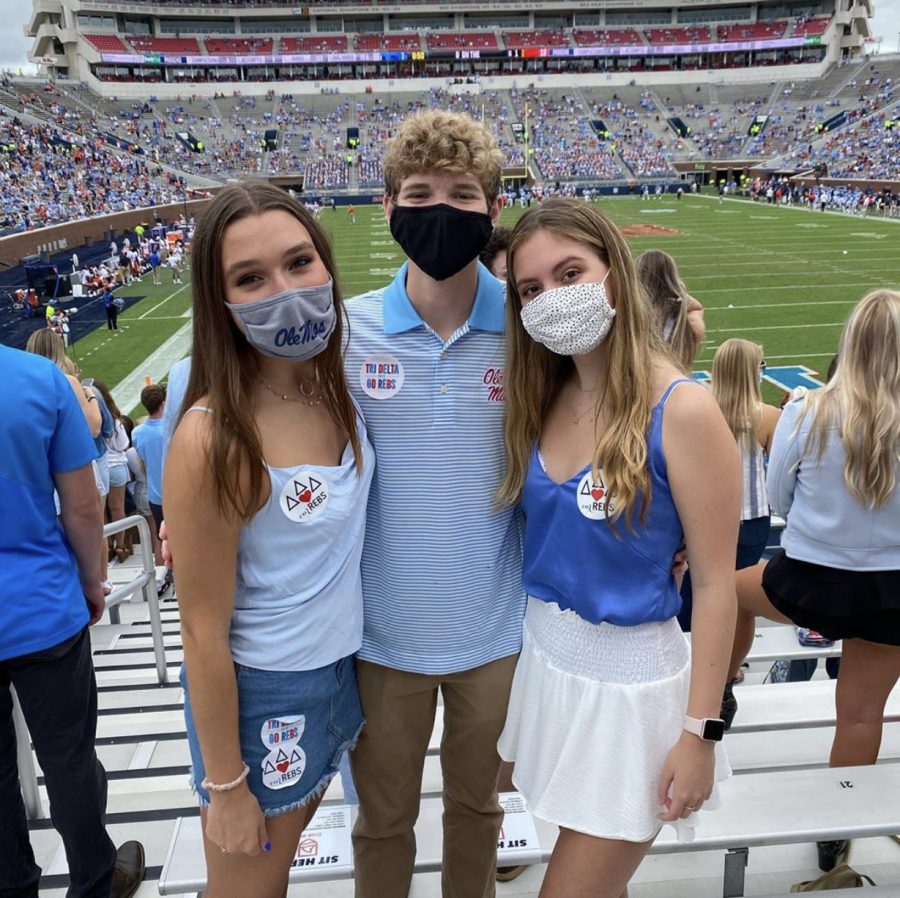 Amid the chaos of this year, the one source of happiness for many has remained: SEC football. Fall football games have always been a popular favorite for southerners, specifically at colleges such as the University of Mississippi and Mississippi State University.

The game-day hype is real, and because of COVID restrictions and Governor Tate Reeves’ executive orders, some traditions have been adjusted accordingly. Tailgating is prohibited on the Grove at Ole Miss, one of the most popular SEC schools known for their iconic game day festivities. Crowd limits have been reduced from full capacity to twenty-five percent capacity.

“This is an effort, which we worked closely with the universities on, to set a floor,” Governor Reeves said. “We took their joint recommendations, and with a little work, we put this plan together. This is the minimum that each school is required to do this fall, to keep players and spectators safe while allowing college football to occur.”

Hand sanitizer has been made available at entry gates and concourses throughout different college stadiums, and all spectators are required to wear masks while entering and exiting the stadium.

First-year students at Ole Miss have been experiencing quite a different change of scenery than past freshmen classes did.

“The biggest difference is that the Grove is totally empty,” SA Alumna Kallen Mitchell said. “No one’s allowed to set up anything there, so it’s pretty sad to walk through. Otherwise, there are assigned spots in the student section so we can’t group together. It’s definitely not as fun, but it’s better than nothing.”

To some students, the game itself has also been different.

“The best way I can describe games this year is that they start off like they normally are, but by the 4th quarter they are in a losing game,” SA Alumna Miley Ray said. “It’s a little awkward, and security guards are strict in the student section, but it is better than nothing!”

The phrase “it’s better than nothing” has become a common one for college students during football season, and fans are trying to stay optimistic in these times of uncertainty.

“I think one positive from the changes COVID has created is that because there isn’t the option of going to the Grove, students and other spectators stay much longer at games,” Ray said.

In addition to people staying longer at the football games that last for hours at a time, aspects of the game-day fashion culture have also changed.

“I don’t feel pressured to dress up for the game because there’s not a lot going on before or after it,” Mitchell said. “I can be casual, and I could definitely dress up if I wanted, but the whole dress-up-for-the-grove culture surrounding it isn’t really there so it’s your own choice.”

These changes have brought forth both positive and negative effects on the world of college football, and while the tailgating tradition is no longer a thing for this year, “it’s better than nothing.”