Where Do You Get Your News? 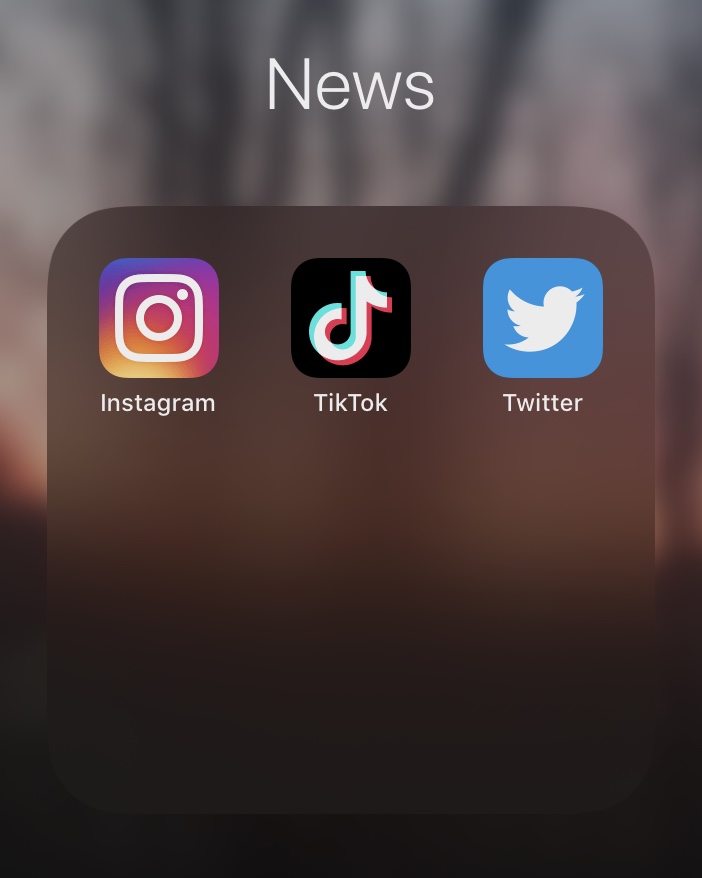 Social media is infectious, dangerous, and undermines the meaning of communication. This type of assertion is what today’s youth so often hears, along with claims that their brains will rot from looking at a phone all day. Despite the misgivings of older generations, younger generations, most notably Millennials and members of Generation Z, have taken to obtaining a majority of their information on current events from social media platforms, especially recent incidents of political activism.
Senior Sabrina Borg has noticed more content related to activism on platforms such as Instagram, TikTok, and Twitter. She has seen a rising number of people online, most notably on Instagram, using their platform to promote certain causes with the help of infographics.
“It is easier to look at the news on social media while you are scrolling on your feed in comparison to watching a news television program or by finding a physical or online article to read,” says Borg.
Another positive is social media’s relative independence from major political influencers, allowing the general public to freely voice their opinions. People are no longer limited to repetitive arguments and discussions with surrounding community members; instead, they can get in touch with people who share their same views while also expanding their own beliefs. As they provide details on activist gatherings, both virtual and real-life, and supply information on safety, social media apps and websites are also neutral grounds for people of all opinions, in a manner reminiscent of posting fliers on a big, global bulletin.
According to Borg, the shift to social media has been mostly positive. “Young people have an easier way to see the news, and nowadays they’re informed on how to be more active in their communities as well as the world”. However, like with most parts….” of life, some negatives come with relying so much on social media. Internet trolls have been and always will be a hazard for the wellbeing of public knowledge with their purposeful spread of false information. These inconsistencies can wreak havoc and fuel rumor-mills until serious discussions devolve into dubious statements of “he said this,” “she said that,” and, most popularly, “well I heard from a friend.”
When considering the shift from traditional news outlets to social media, it must be asked if the pros outweigh the cons, creating a gray area where each individual must decide which option best fits them. Internet safety and finding reputable sources have never been more important.