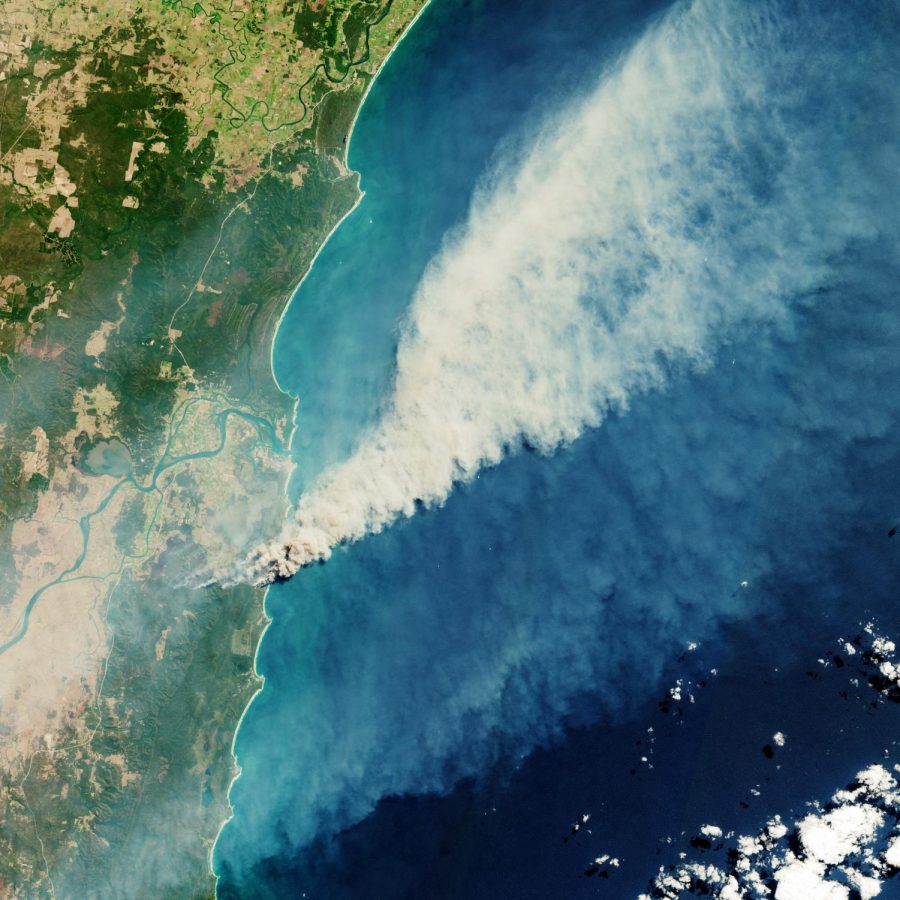 For the past 18 months, fires have been burning in Australia. According to CNN, these fires have consumed 18 million acres of land and simultaneously destroyed homes and endangered and killed millions of animals. Climate change only worsens these wildfires as well.

Many celebrities including Kim Kardashian, Kendall Jenner, and Leonardo DiCaprio have supported organizations that are dedicated to helping firefighters, rebuilding houses, and more.

“The country has actually been burning for a long time now and just recently has gotten support from a ton of celebrities,” Senior Jack Brown said. “I think celebrities posting about it has made people more aware about the issue and what they can do to help.”

According to Holly Secon’s article in Business Insider, the smoke from Australian fires has already traveled halfway around the planet and is, as of January 8, “turning the skies hazy and causing colorful sunrises and sunsets” in South America.

“I think that it is scary that you can actually see the Austrian fires and the effects of it from space,” Brown said. “I think that it is really sad that so many animals are losing their habitat and dying from the smoke. People have also lost their homes and have had to relocate as well. These fires have worsened because of the changing climate around us, but hopefully, we will find a way to make it all better in the most efficient way possible.”

Smoke from these fires can also cause health problems including lung diseases and irritation in people’s eyes and respiratory systems. With rising temperatures, our climate has become drier and warmer, creating an ideal environment for fires like these to thrive in.

To help, you can donate to organizations such as Australian Red Cross, Salvation Army Australia, the NSW Rural Fire Service, and the St. Vincent de Paul Society Australia and just keep talking about the issues. To help animals as well, you can donate to wildlife rescue groups such as WIRES, the Port Macquarie Koala Hospital, and Currumbin Wildlife Hospital.