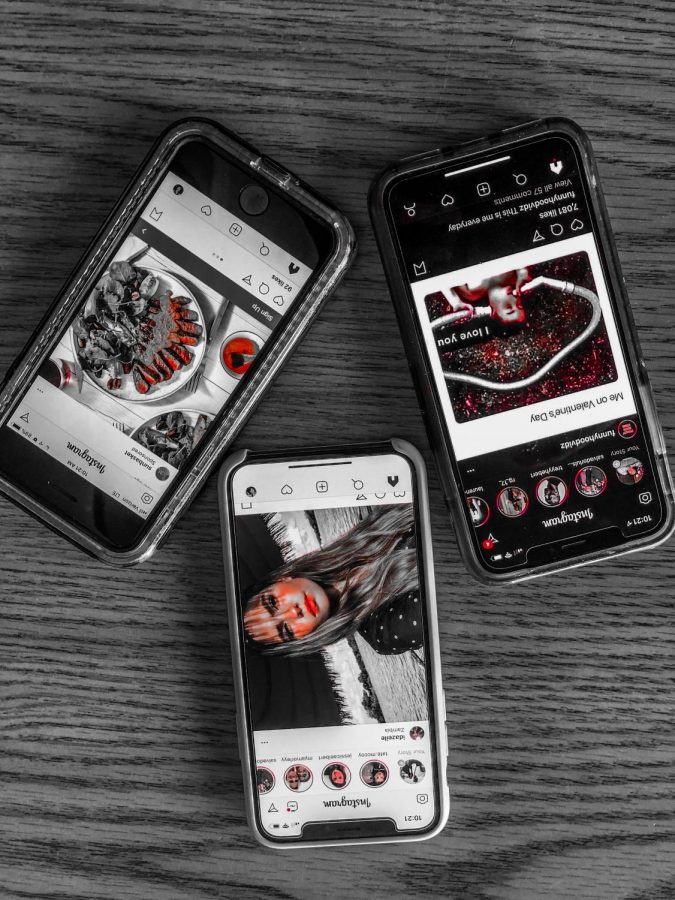 The social media platform Instagram, a site that humbly began with angled photos and puckered selfies, has quickly developed in recent years into one of the most popular and lucrative apps ever created. It now boasts everything from pictures of bikini models to videos of the world’s top chefs teaching “you” how to make their renowned dishes “right in your own kitchen.” As Instagram began its rise to fame, and therefore gained an unprecedented number of accounts, the pressure to have many friends, or rather a large following, greatly increased. Now, the more likes you have, the more popular you must be, and the more your self-esteem is raised. The pressure to appear exciting, attractive, and popular has led to the belief that one’s account “bio” and general layout suggests to the public what type of person they are. In light of the heightening unrealistic expectations which Instagram has inadvertently created, the platform’s representatives have decided to act.

According to ABC News, the company recently tested the removal of public likes in seven different countries. After deeming it beneficial, Adam Mosseri, the CEO of Instagram, has approved the complete removal of all likes worldwide, reporting that the change was “about young people.”

“The idea is to depressurize Instagram, make it less of a competition and give people more space to focus on connecting with people they love, things that inspire them,” said Mosseri.

The fundamental change to the program has faced both much backlash and praise. The original intent of the oldest social media platforms, including Instagram, was to post pictures, videos, and comments in order to share and connect with a wide scope of similarly inspired people. Now, users are far more concerned about receiving those few extra hundred likes from strangers who randomly follow them than actually connecting with others. Without visible likes, people will most likely have more confidence to post the content they enjoy instead of that which they think will gain the most feedback. St. Andrews’ Digital Communications Coordinator Blair White believes that the removal of public likes “might help shift the importance back to the original intention of social media and allow people the freedom to again post content true to themselves.”

Instead of suddenly removing all likes from the entire platform, Instagram plans on gradually removing them from public view. According to Later, an Instagram Partner and auto publishing website, the restriction of “likes” in America began on November 10 of 2019. It may not have yet affected you and your loved ones, but the spread is coming. Eventually, the only person able to see the amount of received likes will be the personal account user. There is, however, a loophole for those truly obsessed by “liking culture”: beneath each photo and video you are able to see who has liked the content. Therefore, if you take the time to count every username, you can still count likes.

Though the presence of likes is stressful for the majority, those who found success and work on the app often benefit from it. Usually, businesses target influencers with both a large and active following. It may become difficult for businesses and influencers alike to find mutually lucrative situations if they are unable to compare themselves with competing accounts or publicly demonstrate to any potential business that their followers are indeed active. If an account has many active followers, the influencer has a better opportunity to interact with a business in order to encourage sales. The logistics behind every post published by an influencer or business is simply more complex than the public often perceives.

“If a post doesn’t receive a lot of likes, it’s an opportunity to evaluate all facets of the post—time of day, day of the week, the way the post was worded, would a video have been better than an image?, etc.—to see how we can engage and reach more people next time,” White said.

The most basic of social goals; to be popular, attractive, and funny, have been increasingly accentuated by Instagram’s influence on modern ideals. The unspoken reality of Instagram remains: the more likes you have, the more successful, attractive, and likeable you are. Hopefully, the removal of likes will reduce the pressures of popularity, allow for people to focus more on what interests them, and create a more accepting environment for all users.