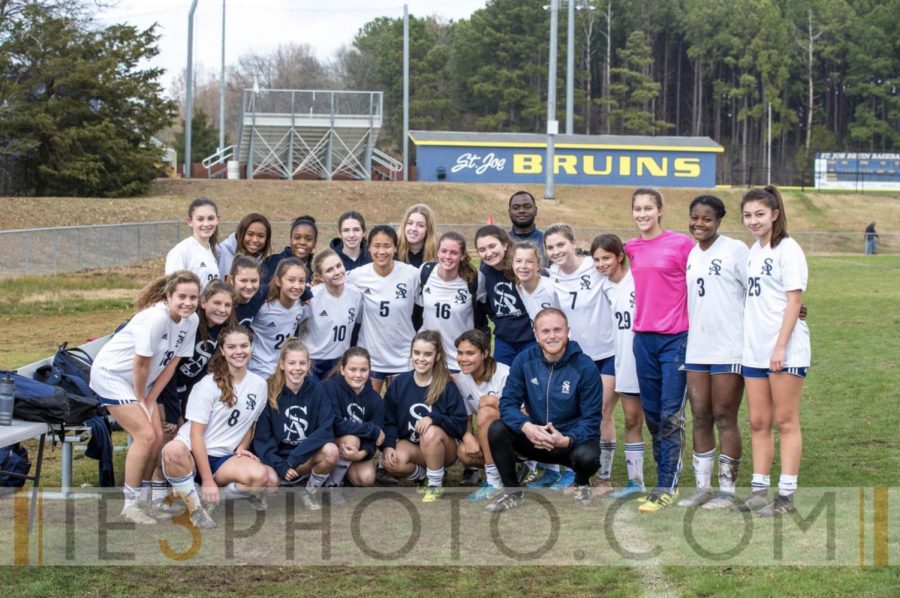 No excuses, just grind. Each player on the St. Andrew’s Girls Soccer Team competes with this mindset, and this attitude has greatly benefitted the Lady Saints this year. Ranked number one in Mississippi and number three in the nation for girls high school soccer, the SA Girls Soccer Team is crushing the competition.

The Lady Saints have won every game that they have played this season, fourteen games in all, and just entered districts. On November 21, they mercy ruled St. Joe with a victory of 7-0; the game ended early in the first ten minutes of the second half because the SA girls were up by seven goals.

“It feels amazing,” Smith said. “The team chemistry is what really brings us to win all of our games. My favorite memory this season so far was when we won against Madison Central. Everyone was so happy and proud of our teammates for fighting to beat MC for the first time in girls’ soccer history.”

Smith also considers some of the challenges that her team is facing this year.

“One challenge that we are currently facing is injury,” Smith said. “One of our key midfielders, Toni Oluwatade, is out due to a torn MCL. It is difficult to manage without our strong midfield, but we have had to work around it and support each other more on the field.”

Besides the team challenges, the Lady Saints have continued to keep up previous soccer traditions.

“One tradition that we have continued is before every St. Joe and playoff game, a chant is screamed right before the game to get everyone ready to play,” Smith said.

Preparing for each game is also crucial to victory. The players spend around an hour warming up for games by stretching, passing, and kicking. They also hydrate and eat well before each game.

The soccer season is not over yet, and there are still many opportunities to watch the Lady Saints in action. Senior Night is on January 17, and the much-anticipated game against Sacred Heart is on February 8. Sacred Heart is St. Andrew’s biggest rival for State championships, and the SA girls have lost twice to them at State. You don’t want to miss these games, and school support is greatly appreciated. Go Saints!